Jawaban has been copied to clipboard! 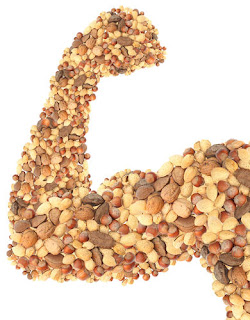 After water, proteins are the most abundant compounds in the body. Proteins are part of all living cells. One fifth of adult body weight is protein. Nearly half the amount of protein is present in the muscle, one fifth is present in the bone, one-tenth on the skin, the rest is spread in Protein is also called egg-egg white odor as it is first found in egg white.

Protein is a chemical compound built by amino acids and is built by elements of C, H, O, N, S, P. Based on the chemical arrangement of proteins Simple protein, which does not bind to other compounds The combined protein, which binds to other substances such as the glycoprotein , Chromoproteins, etc.